Different theories of learning and Acquisition 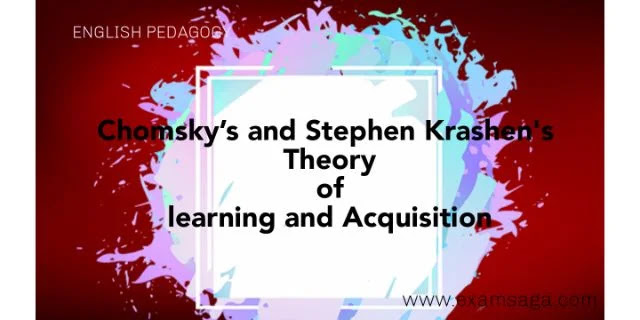 •   Children do not learn a new language but naturally, acquire it through an inborn language device. This hypothetical device in the human brain is called a language acquisition device or LAD.
•   All humans have a universal grammar (UG).UG means some grammar rule that is common for all languages.
•   A child acquires vocabulary by language acquisition device and with inborn universal grammar produces sentences.
•   It is a nativist theory of language.
LANGUAGE LEARNING AND ACQUISITION

5. Affective filter hypothesis: If the factor

1.anxiety is high and
2.Motivativation and Self-confidence is low then
there is a mental block that prevents input to reach the language acquisition      device(LAD).
CHAPTER-02 LANGUAGE SKILLS
Rate this post